The 2013 All-Ireland Senior Hurling Championship is the 126th staging of the All-Ireland championship since its establishment in 1887. The championship began on 5 May 2013 and is scheduled to end on 8 September 2013. Kilkenny are the defending champions, however, in 2013 Cork will play the winners of Clare v limerick (Sunday 18th August 2013). 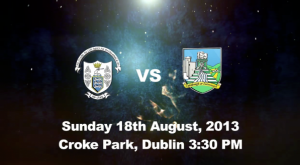 Cork have paved the way for the first all Munster All Ireland Final since 1997 but who will be their opponent. Limerick and Clare renew their fierce rivalry in Croke Park for the chance to face the Rebels in the showpiece event. The last time the Shannon-siders featured in the Semi Final they were heavily defeated by Tipperary but after claiming their first Munster title in 17 years, they are setting their sights on ending a four decade wait for Liam. Throw in at Croke Park is 3.30pm on Sunday. 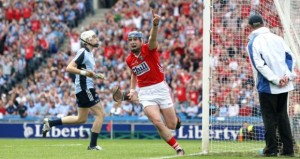 Cork 1-24 Dublin 1-19: Anthony Daly’s side played last 20 minutes with 14 men after Ryan O’Dwyer was sent off. A seemingly inseparable All-Ireland hurling semi-final and in the end the Dublin hurlers are finally stopped from reeling in any more of the years. It was Cork, as hungry and skilful as they ever were in their prime, who booked their place in the All-Ireland final – back there for the first time since 2006, but only after overcoming a massively brave effort from the Leinster champions.

Croke Park was packed with 62,092 awed spectators, a goal four minutes from the end by Patrick Horgan finally swung it decisively in Cork’s favour – yet aided, it has to be said, by a costly goalkeeping error from Gary Maguire, who fluffed what should have been a handy clearance.

Anthony Nash, goalkeeper took three frees and who also pulled off one massive save, illustrated what it took for Cork to win this, because it was a complete team effort. But in a game that was balancing almost throughout on the edge of a sword, Dublin were forced to play the last 20 minutes with 14 men – Ryan O’Dwyer sent off for a second bookable offence, a shoulder charge to the chest of Lorcan McLoughlin (he was first yellow carded after two minutes).

Cork manager Jimmy Barry Murphy admitted, “Yeah the sending off gave us a great break,”, “and so we just about shaded it, because we didn’t play particularly well on the day. Dublin are a super team, and in fairness we got the breaks on the day.”

Dublin were looking to book their place in the All-Ireland final for the first time since 1961, and looking for a first championship win over Cork in 86 years. The effort wasn’t lacking in any way, and for much of the second half – even as Cork pressed in harder for the win – Dublin were within touching distance themselves, leading by two points early in the second half, ironically with O’Dwyer himself providing one of their rallying points.

But after losing a man Dublin were on the back foot. A point from Nash brought Cork level again and, on 52 minutes, Coughlan pushed them in front and they were never trailing Dublin from there until the end.

A game that started on the B of the Bang! – the fastest ball game in the world getting faster all the time – it seemed Cork, briefly, might have a little more legs than Dublin. With quite ravenous appetite, they began devouring the Dublin defence, not so much attacking in packs but with wild singular unpredictability – McLoughlin leading the way with three points from midfield within the first 15 minutes alone, and Seamus Harnedy, Conor Lehane, Pa Cronin and Daniel Kearney adding to the spectacular range of scores.

The points just kept coming, at both ends – so much so the teams were level 10 times in the first half alone. The only fleeting moment of dominance in the opening half was David Treacy’s goal on 30 minutes, deftly set-up by Ryan, and booted right-footed into the net by Treacy – the first time all summer Cork goalkeeper Nash was beaten.

That edged it 1-9 to 0-11 in Dublin’s favour, but inevitably Cork were level again, Patrick Horgan swinging over his third free of the half. Still, they exchanged scores twice again before the break, before Kearney – Cork’s dart-like midfielder – shot once more, giving them the slightest advantage over the Leinster championships at the break, 1-11 to 0-15.

It’s impossible to know how much closer Dublin would have been at the had they not lost Ryan, but 2013 should and will be a summer to remember.